So far, Earth is the only known planet that supports life because of the many factors that are considered to be ideal for biological life to develop, evolve, and flourish. The chemistry of the atmosphere is one of the most important factors that determine the type of life, or any life at all that the planet can sustain. For billions of years, the atmospheric chemistry has changed, but remains relatively stable for long periods of time.

At the beginning of the formation of the Earth around 4.6 billion years ago, the planet was a molten ball of rock. There was barely any atmosphere because of the instability of the surface. As the planet cooled, an atmosphere developed from erupting volcanoes. It took about half a billion years for it to sufficiently cool down and allow the collection of liquid water on its surface to form bodies like oceans.

Your knowledge of inorganic chemistry and organic chemistry will help you understand atmospheric chemistry. Scientists hypothesise that the early Earth’s atmosphere was mostly composed of hydrogen sulphide, methane, and two-hundred times as much carbon dioxide compared to today’s atmosphere. Oxygen only began to become a significant part of the atmosphere when photosynthetic organisms (plants, algae, bacteria, etc.) came into existence.

The proportions of gases in the atmosphere fluctuate slightly because of human and industrial activities and biological processes. Scientists are particularly concerned about the proportions of greenhouse gases, primarily carbon dioxide, in the atmosphere because they have a significant impact on our climate and weather patterns. Most of the greenhouse gases are pollutants generated by power plants, factories, and vehicles.

Based on various historical climate studies, human activities have significantly raised the amount of carbon dioxide in the atmosphere by 48% since the pre-industrial levels in 1850. This is a far greater and more rapid increase compared to the natural increase that took place for a period of 20,000 years, i.e. from the last Ice Age until 1850. The latest measured level of carbon dioxide in the atmosphere is 416 ppm. Now compare that to the levels recorded during the 20,000-year period, where the level of CO2 went from 185 ppp tp 280 ppm in 1850.

Anthropogenic (human) contribution to climate change is undeniable based on the evidence. Although many international treaties have been signed to reduce our carbon footprint, the efforts are still not effective or efficient enough to slow climate change. The world economy still needs to be weaned from its dependence on fossil fuels.

Pollution affects the climate and can disrupt the protective function of the atmosphere. Many human activities produce pollutants, particularly carbon dioxide from the burning of fossil fuels.

Despite how proportionally thin the atmosphere is, it is crucial in supporting life. Without the atmosphere, even microbial life would probably not exist on our planet. Additionally, the ionising radiation from the sun and the cosmic rays wouldn’t permit the formation of complex chemicals like DNA. The crucial roles of the atmosphere are the following:

Human activities, such as industrial productions and transportation, have a serious impact in terms of polluting the atmosphere. Aside from making the air less healthy for life, pollution also affects the climate and causes damage to the protective ozone layer.

Some of the major pollutants are:

For more help and support on revising for GCSE chemistry, read our revision series:

Chemistry wouldn’t be a real science if it were completely theoretical or abstract. Chemistry will always be about the... read more

Ammonia solution is a liquid solution of ammonia salts and water, and it has many uses across a range... read more 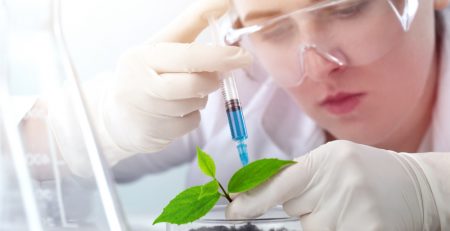 What Can I Do With A Biochemistry Degree?

If you’re wondering what you can do with a biochemistry degree, you have many options from teaching and research... read more

Why Do A Level Chemistry?

If you’re passionate about chemistry and want to pursue it at university and beyond, you need to pass A... read more

Alkanes are saturated hydrocarbons. This means that each carbon atom is single-bonded to another carbon atom. Alkanes exist in... read more

What is Propylene Glycol?

Propylene Glycol (C3H8O2) is a synthetic organic compound that absorbs water. Chemically recognised as a diol because of its... read more 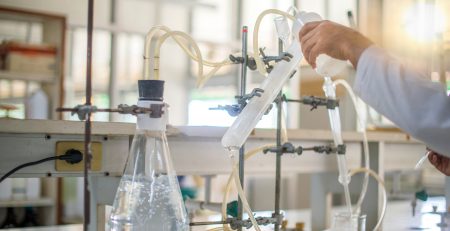 What is the Distillation Process?

Distillation is the process of purifying a substance, whereby pure substances are extracted from a mixture.  There are different types... read more

An applied chemical sciences apprenticeship is a great way to earn a BSc degree, become a chartered scientist, and... read more

What Is Ethanoic Acid?

Ethanoic acid is another name for acetic acid, but it’s more popularly known as the active ingredient in vinegar.... read more

Many elements were discovered long before the periodicity of elements was established by Dmitri Mendeleev in 1869. Mendeleev arranged... read more 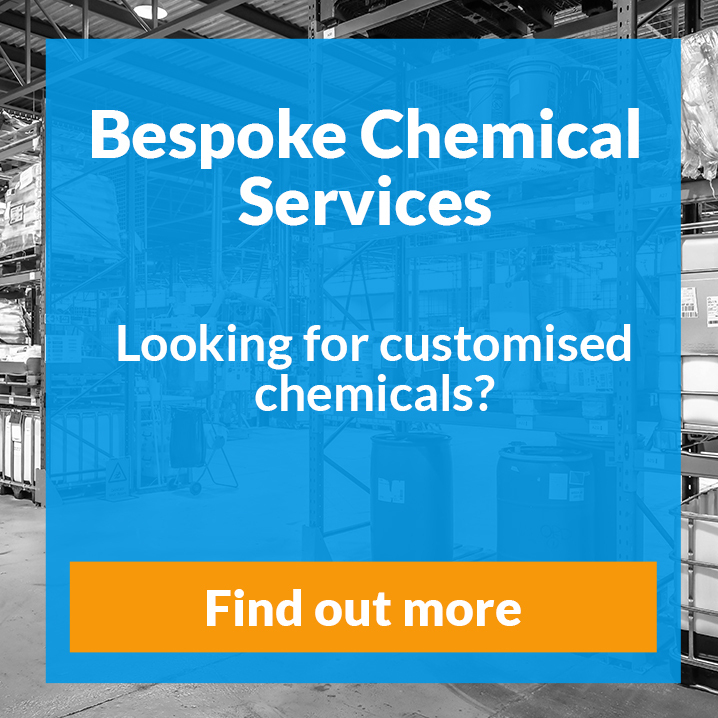 Chemistry GCSE Revision: Bonding, Structure, And The Properties Of Matter